Yoruba have benefited most from Buhari – Shittu, Communications Minister 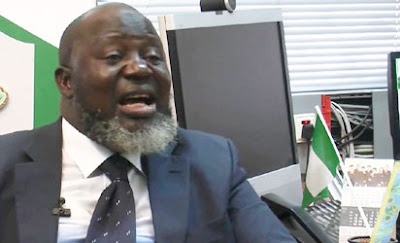 Nigeria’s Minister of Communications, Barrister Abdur-Raheem Adebayo Shittu, is reputed as one of the strongest political loyalists of President Muhammadu Buhari having partnered with him over the years from the Congress for Progressives Change, CPC, to the All Progressives Congress, APC.

Following his law education at the then University of Ife, where he obtained a degree in law in 1974, he in 1979, became the youngest member of the Oyo State House of Assembly at the advent of the Second Republic and in 1983 became the Attorney General of the State and Commissioner for Justice until the advent of the Buhari junta in December 1983.

He also held the same position as Attorney General and Commissioner for Justice during the Rasheed Ladoja administration. In this interview held in Abuja, the Iseyin, Oyo State-born minister spoke on some national issues. Excerpts:

What is the matter with the  government as regards economic revival?

The government has been trying to revive the economy and one of the ways is the anti-corruption crusade, which is a win-win.So, a lot of money is coming. If the money is not being spent because of possibility of litigation and the use of the money as exhibit, it doesn’t mean that something is wrong.

I mean people accusing the President of not doing anything have not provided alternative solutions. And particularly, some political leaders or leaders of the All Progressives Congress, if they feel that something is not right enough, I think what is demanded of them, as patriotic and loyal party men, is for them to provide alternatives to Mr. President in confidence, rather than playing to the gallery with due respect to those involved.

They have not said that. It would be presumptuous for anybody to allege that. And I am sure that there is no such thing.

Nigeria belongs to all of us even if some people are in government.
And in any case all the leaders of the party are also in government by extension and so, if the government is discredited, they will share from the discredit. So, once you are loyal and conscientious party members, the least you should do is to attack the policies of the President and the thing they should do is to provide alternatives, possibly even call a party convention to table some of these for discussion and deliberation. So, merely playing to the gallery I think is less patriotic and of course less commitment of such people to the survival of the party.

Recently, there was a meeting on Yoruba unity by APC leaders in Ibadan, which was to unite the Yoruba in the party and another one was scheduled for Ado-Ekiti…

I was in Ibadan and I am not aware that any other meeting has been fixed for Ado-Ekiti.

What was your perception of the Ibadan meeting?

Is the marginalisation that the Yoruba complained of during the Goodluck Jonathan era been addressed under Muhammadu Buhari?

I have come to be convinced, of all the zones that have benefited from the Buhari government, I want to believe that the South West is foremost in benefits and I will tell you why.

We have a three-in-one minister in Fashola (SAN), who controls power, works and housing. We have a Minister of Health in Professor Adewole and you know how important that ministry is. And again, we have a Minister of Solid Minerals, which is an economic hotspot for an emerging economy like Nigeria and that one is controlled by Dr. Kayode Fayemi from Ekiti.

It is only Ondo that has a minister of state. And Ogun has the Minister of Finance in Mrs Kemi Adeosun. I mean I don’t know of any geo-political zone, which has that bunch of opportunities. So, in terms of equity, the South West has benefited more.

It has never happened in the history of this country when you have a Federal Government with this crop of ministers coming from Yoruba land.

So, what do you think should be the end-result of this meeting that is being held by South West? I don’t know.

One thing is for leaders to meet but the truth is also that when leaders meet, more often than not, they discountenance the interest of the people of their zones. And I know that the people of Yoruba land are very loyal and are in love with the Buhari presidency.

They appreciate what the government is doing and, in fact, they rain curses on people who criticise Buhari’s presidency. And I know that when the chips are down, the Yoruba people, not just leaders, I am not saying leaders are not relevant, political leaders more often than not will always supposedly fight for the interest of the people.

What is important is, no one can say that the people of the South West have been discriminated against or undermined or short-changed by the Buhari administration.

In essence, are you saying that unity meeting or not, Yoruba people have no problem as far as this government is concerned?

I mean think of the businesses in Lagos, most of them are controlled by Yoruba. Think of the banking sector, most of them are controlled by Yoruba. And think of even the Nigerian Armed Forces now, a Yoruba man is the Chief of Defence Staff (CDS) and in any case a Yoruba man is also the Vice President of this country. So, in the circumstance of Nigeria, what else are we looking for?

at March 06, 2017
Email ThisBlogThis!Share to TwitterShare to FacebookShare to Pinterest