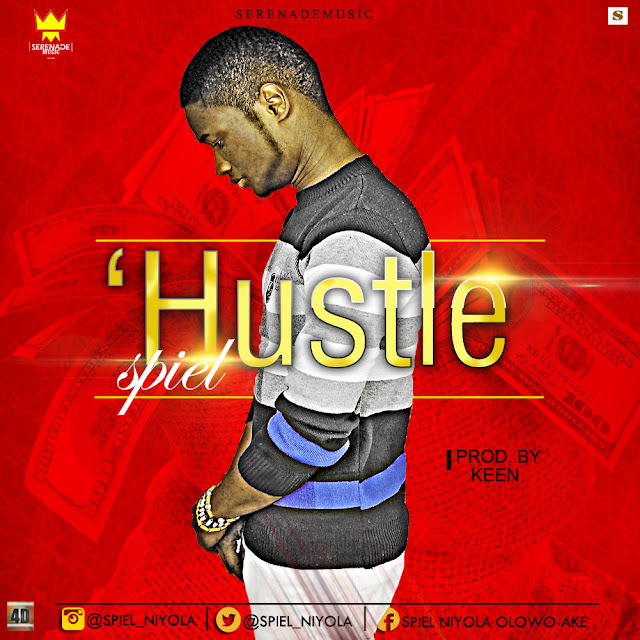 Spiel drops new single "Hustle", on 4th of February 2017. His name is Olowo-Ake Olajide Olaniyi aka Spiel, a student of the National Open University Of Nigeria N.O.U.N , studying computer science in his 300L, Kicked of his musical career at the age 15, he’s a lover of rock songs, soft rocks, Metallica and R&B. He recorded his first single "Not ma fault" in the year 2013, produced by skill p. His love for rock songs made him do a cover of Adam Lambert song What do you want from me and gave him an edge of delving fully into the music scene. 2014, he released two other singles "Gbe pe lue", “Live with you”, which he featured Popwyne sexy diva, Eniola. Gbe pe lue is a song that talks about unconditional love for your partner. Not too long he dropped another single to add to his collections, which he titled "Moji". He shot the video to the song Moji, which was directed by Dimeji Tairu, which trend on social media for close to three months and also on TV stations Like Ltv8 and Mitv. You can check on YouTube if you haven’t seen it, you need to see it. 2015, he dropped a very dope song which he titled Emujo and got almost all his fans wanting to go crazy for him, so because of that he dropped the video to the song as a bonus. You can follow him on IG and TWITTER @SPIEL_NIYOLA. Now he drops this Motivating and Heart captivating single which he titled ‘Hustle produced by keen. This song talks about how you work towards achieving your goals in life. He talks about how he made it in the music industry with the help of God and hard work. He made it clear that there is nothing you cannot achieve in life, when you work hard and pray more. He’s signed to the label "Serenade Music". Spiel is here to stay and he’s looking forward to work with different music producers all over the Continent.
https://soundcloud.com/spiel-3/hustle

at February 06, 2017
Email ThisBlogThis!Share to TwitterShare to FacebookShare to Pinterest