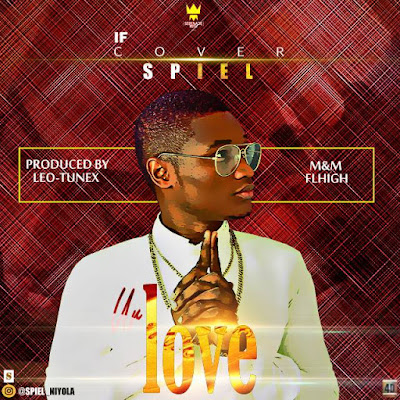 SPIEL Finally drops his new single which he titled “YourLove” A cover of Davido’s ‘IF’ song.

He did the cover for the song because of the love he has for davido’s music. After Listening to the Original Version of the song ‘IF’, Spiel thought he could do something better to impress his fans and he came up with ‘Your Love’. It’s a song that’s got his fans clamouring on the good job he has done with doing his own version of the song.

The song was produced by Leo-Tunex and it was Mixed and Mastered by Flihigh. As you all know that Spiel is the chairman/Owner of the Label serenade Music which he started by himself years back when he released Moji.

He’s a student of the National Open University of Nigerian NOUN in his Final Year, studying Computer Science and he’s working on investing full time in his Music by the time he’s done with schooling.

Spiel has a great sound and he loves to work with professional producers that has got good Quality sounds. You should really look out for him because he’s not going to stop until the Whole Universe hears his voice.

at May 04, 2017
Email ThisBlogThis!Share to TwitterShare to FacebookShare to Pinterest