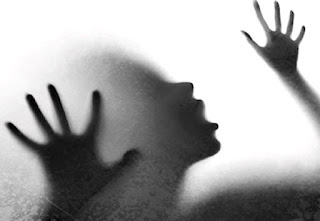 Could a woman be raped by another woman?

These were the response online.

"why not it will be. And sometime I heard the news also"

"it happens every day with dyke women coaches going after jr. high girls... but it's no big deal because research shows that the girls were lesbians anyway mind."

"The FBI defines rape as the non consensual penetration of either the anus or the vagina. It doesn't matter WHAT was used for the penetration. And since men have anuses, that means men can (according to the FBI) be raped.
Without that penetration, most non-consensual things of a sexual nature are considered "sexual assault". Forced envelopment, for instance, is sexual assault, not rape. There is variation due to jurisdiction. What the feds consider rape, the states may consider sexual assault or the other way around. There may be local governments that simply consider women incapable of raping, and therefore, your example isn't rape. But, the American FBI and federal law would consider it rape".

"According to the FBI's new definition of rape, yes if she uses a finger or foreign object to penetrate another woman without consent.
The new definition of rape, to be honest, I'm very uncomfortable with. For one, it calls penetration with a finger rape, which to me seems more like molestation than rape, since it's not sexual intercourse to be penetrated by a finger. Secondly, it defines rape solely as penetration. So if a woman forces a man to penetrate her, she did not commit rape; but if a man forces his finger inside of a woman's vagina or anus, it is rape. That seems very sexist. Plus the FBI's definition was coauthored but Mary P. Koss, a prominent feminist; going by her definition of rape, she's clearly misandrist, and it scares me that misandrist feminism is making its way into law".

What do you think?

at February 05, 2017
Email ThisBlogThis!Share to TwitterShare to FacebookShare to Pinterest