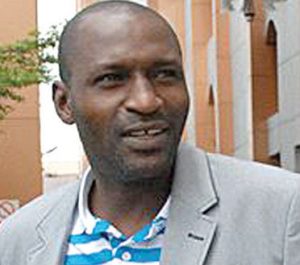 Gernot Rohr’s men will face the Indomitable Lions in a double-header on August 28 and September 2 respectively, with the three-time African kings hoping for at least four points out of six to confirm their place for Russia 2018.

Despite the Super Eagles leading Group B with six points – four points ahead of Hugo Broos’ men, the 42-year-old urged the country’s senior national side not to relent.

“I’m happy for Cameroon emerging as African champions. Nobody gave them a chance, but that’s football for you,” Lawal told Goal .

“Now we are playing Cameroon in a double header [qualifier]. We’ve played two games and got six points from them.

“I must say the coaches and players have done a fantastic job so far. But they need to remain focus and not relent. “They need to concentrate and maintain what they’ve started in the best possible way against them because one game can change everything.’’

“Cameroon are a physical side and rely solely on their physical strength. But we [Nigeria] believe in skill, mental and as well as physical aspects of the game,’’ he continued.

“Whenever they want to play Nigeria, they know they can’t match us, so they will do everything to kick and physically attack us in order to frustrate us.”

“Our players need to be ready for that because I believe the match will be very difficult, strong and competitive.

“They know it will be difficult to match us. At this point, we have no pressure and we can’t afford to get distracted except we want to throw those points away.

“He [Rohr] is a manager and the coach, and he knows better. He should keep on watching and getting his team together. He should not get carried away.”
at February 22, 2017
Email ThisBlogThis!Share to TwitterShare to FacebookShare to Pinterest