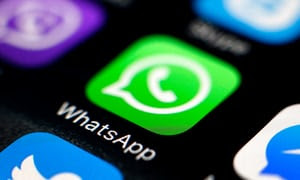 As Liu Xiaobo, the Chinese Nobel Peace Prize laureate, lay dying in a heavily-guarded hospital last month, there was little mention of his fate in China.

For many younger Chinese, Liu is an unknown figure, the culmination of years of intense censorship of his life and works. The tiny minority who did attempt to express outrage online at Liu's treatment, or commemorate him after he succumbed to liver cancer on July 14, saw their posts blocked and images deleted.

On Weibo, China's most popular Twitter-like platform, users were prevented from posting messages with the words "Nobel," "liver cancer," "RIP" or the candle emoji, according to researchers at Toronto's Citizen Lab and Hong Kong's Weiboscope.

Censorship was also widespread on messaging app WeChat, which was once less filtered than Weibo because of its more private nature. Citizen Lab found that even in one-on-one chats, mentions of Liu Xiaobo's name and photos of him were deleted when chatting with Chinese users.

Sina and Tencent, which own Weibo and WeChat respectively, did not respond to requests for comment.
"The party keeps tightening censorship to an absurd degree," said dissident artist Badiucao, who has launched a campaign to memorialize Liu worldwide.

While Liu's case is an outlier in terms of the intense efforts to wipe out all mention of the deceased activist, it is in keeping with trends in Chinese online censorship that have been building since Xi assumed power in 2012.

Building up the Firewall
Often discussion of Chinese internet censorship can be mocking and disbelieving, such as recent reports on attempts to wipe out mention of President Xi Jinping's resemblance to Winnie the Pooh.
In the early days of the internet in China, outside commentators confidently opined that Beijing's attempts at internet control were doomed. The New York Times' Nick Kristof said in 2005 the Chinese authorities were "digging the Communist Party's grave, by giving the Chinese people broadband."

But the Chinese censors have defied their critics, building the world's most sophisticated system of internet filtering and surveillance -- the Great Firewall.
China's Ministry of Foreign Affairs and Ministry of Industry and Information Technology did not respond to faxed requests for comment.
This month saw new bricks added to the wall, as Beijing went after two means of bypassing its controls.

Users of encrypted messaging service WhatsApp found themselves unable to send images or videos this week, and analysts reported the app's speed was being filtered or disrupted, making it difficult to access from China.

Disruption of virtual private networks (VPNs) -- which enable users to tunnel their web traffic through the Great Firewall, effectively browsing as if they're in another country -- has also been ramped up, with both Bloomberg and the Associated Press reporting that a blanket ban on VPN usage may be in the works.

That would be an extreme step, as VPNs are also used by many companies to enable secure networking and file sharing between offices.

Previously Beijing has tolerated commercial services offered to foreigners to allow them to access banned sites like Facebook and Twitter while they're in China --international hotels in major Chinese cities have also been known to offer this service.

Lokman Tsui, an expert on censorship at the Chinese University of Hong Kong, said it was "possible that some of the newer developments we have seen are experimental in nature, e.g. let's try and float this to see how well it works ... and see what public reaction we get."

Even if the VPN ban does not pan out, Tsui said, the direction things are going in is clear, and it's not positive.

Internet sovereignty
Xi Jinping did not come after the internet immediately after assuming power, focusing instead on shoring up his support base and extending his influence as the Communist Party's "core leader" and most powerful head since Mao Zedong.

In recent years however, Xi's efforts to consolidate power have widened, and in 2015, speaking at the World Internet Conference in Wuzhen, Zhejiang province, he elucidated his vision of the internet.
It was one startlingly at odds with the free and open network expounded by the internet's inventors. In Xi's view, sovereignty, not freedom or communication or sharing, was the most important factor in online policy.

"Cyberspace is not a domain beyond the rule of law," Xi said. "Greater efforts should be made to strengthen ethical standards and promote civilized behavior."

The doctrine of internet sovereignty, which emerged in China in the early 2010s and is now driving Beijing's internet policy, seeks to establish a national, as opposed to global, internet.

Instead of the world wide web as we know it, countries would each maintain their own national internet, by force if necessary, with the border controls and immigration standards they see fit.

Peter Micek, general counsel for Access Now, which lobbies in favor of an open internet, said Chinese officials and technicians are increasingly working to water down protections for online freedoms at the United Nations and other bodies which oversee internet standards and governance.

"More and more Chinese engineers and engineers from Chinese companies are proposing and developing and adopting standards," he added.
Technical bodies like the International Telecommunication Union, the World Wide Web Consortium and others have huge influence on how the global internet operates, but sometimes with little transparency and limited democratic input.

"That's one place where quietly there is a more concerted effort (by China) to take control of what the internet actually is," Micek said.
According to the New York Times, in late 2015 Beijing lobbied hard -- but ultimately unsuccessfully -- to remove phrases like "freedom of expression" and "democratic" from a major UN document on internet policy.

Worrying trend
China's efforts to influence global internet policy are largely designed to legitimize -- and prevent other countries from complaining about -- Beijing's existing controls on expression online, but they could have far-reaching consequences.

"A lot of governments would like to follow China's lead, and exercise if not complete control then effective control over the boundaries of what people can say and do online," Micek said.

Nor is the situation likely to improve anytime soon in China, said CUHK's Tsui.
"Other governments have definitely gotten worse at pushing back at Chinese censorship," he said, pointing to a push by the UK, US and others to water down encryption protections in the name of fighting terrorism.

"This allows China to say 'what we are doing is not so different'," he said. "Overall the trend is towards more censorship .. so the bar is getting lower, meaning it is easier for China to go even lower."

Little hope for change
Back in China, controls are expected to ramp up even further as the country nears the all-important Communist Party Congress, the once every five years handover of power, at which the next Politburo Standing Committee, which runs the country, will be chosen. Some have suggested there may be a corresponding relaxation following the meeting, but experts CNN spoke to were skeptical.

Charlie Smith, co-founder of censorship watchdog GreatFire.org, said it was a mistake "to tie any crackdown on internet freedom in China to specific events or characters."

"Things started trending in the wrong direction when Xi Jinping took power," he said. "Regardless of what meetings are on the horizon, the authorities have been instructed to entirely control what people say, read, watch and hear on the internet."

Tsui said new trends like the WhatsApp block and crackdown on VPNs will either continue "or they are filing this knowledge away for future reference, to try again at some later date."
"The (Party Congress) is not the cure for the situation, it's not even a pain killer" Badiucao said. "I see no hope or willingness for the CCP to make a positive change."

at July 30, 2017
Email ThisBlogThis!Share to TwitterShare to FacebookShare to Pinterest