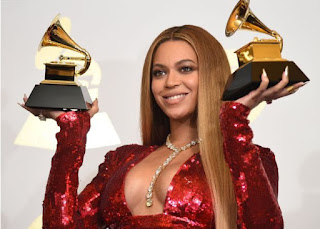 What do Beyoncé, her hit All The Single Ladies and an Australian lawn bowls club have in common?

Well, up until recently, absolutely nothing.
But that changed when the Chadstone Bowls Club in Melbourne decided the song would be the perfect way to promote their campaign to save the venue from demolition.

In just three days, their adapted rendition and resulting video, complete with the moves that made it a favourite on dance floors across the globe almost a decade ago, has had a million views.

It is fair to say the reaction has taken the Chadstone bowlers by surprise.
"We had no idea that it would have the following that it did," Wyn Hewett, 72, told the BBC, before admitting that, when the idea was first suggested, she had not heard of Beyoncé Knowles.


"My six-year-old granddaughter had to explain to me - but I'll never forget her name now," she said.
Wyn and her fellow dancers, Terry Foster and Janine Hall, both 82, are hoping it might encourage the City of of Stonnington to rethink its plans to knock down the bowls club to make way for indoor netball and basketball courts.

"[Chadstone is] a second home for a lot of the elderly people," she explained. "Personally, I've been a member for seven years since I retired and if somebody is unwell, there are at least 10 people on the phone to see how you are.

"So if you demolish the club, you would break up the very tightly-knit community which has become a big family for us."

But Mayor of Stonnington, Councillor Jami Klisaris, said the new courts were important "particularly... to meet the needs of women's sport".

However, she added: "The council is listening to the community and we want to assure residents that no final decision has been made. The feasibility study is vital to helping the council make a decision that's in the interests of all Stonnington residents, sporting clubs and sportspeople."

In the meantime, it seems the video is only going to grow in popularity. But Wyn only really wants one person to spot it.

"We now have Beyoncé as our favourite singer, and we'd love for Beyoncé to send us a message that she'd seen it," she said, adding, with the knowledge of one who has done the dance: "We think for her do those dance moves in those high heels is amazing."
at August 03, 2017
Email ThisBlogThis!Share to TwitterShare to FacebookShare to Pinterest