British woman 'shot in Brazil after getting lost' 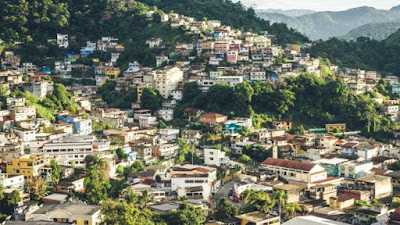 The Foreign Office is in touch with authorities in Brazil following reports a British woman was shot after mistakenly driving into a favela.

A couple and their three children were travelling in Angra dos Reis when their car was approached by an armed group, Brazilian newspaper O Globo reported.

According to the paper, the woman was shot in the abdomen on Sunday but is not thought to be at risk of death.

The rest of the family were unhurt, the paper reported.


O Globo said the family had apparently been in search of the waterfront district of Angra dos Reis - a coastal resort about 90 miles (145 km) from Rio de Janeiro.

According to the O Dia newspaper, they ended up in the Agua Santa community - a slum area known to have drug traffickers - because of a difficulty in understanding directions.

Authorities told O Globo the family were shot at after they were told to leave their car by armed men but did not understand the request.

A UK Foreign Office spokesman said: "We are in touch with the local authorities in Angra dos Reis, Brazil, following reports of the shooting of a British national."