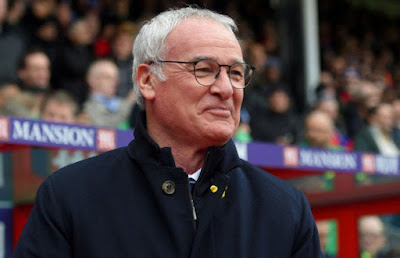 Claudio Ranieri has spoken for the first time since he was fired as Leicester City manager on Thursday.

The Italian thanked the club for giving him an unforgettable adventure, but admitted his “dream has died”.

Ranieri was sacked by the Foxes, with the club sitting in 17th place in the Premier League, after winning the title last season.

Expressing his gratitude to fans and the media for their support during what he called “the greatest story in football”, the 65-year-old said: “Yesterday my dream died.

“After the euphoria of last season and being crowned Premier League champions, all I dreamt of was staying with Leicester City, the club I love, for always. Sadly this was not to be.

“I wish to thank my wife Rosanna and all my family for their never ending support during my time at Leicester.

“My thanks go to Paolo and Andrea who accompanied me on this wonderful journey. To Steve Kutner and Franco Granello for bringing me the opportunity to become a champion.

“Mostly I have to thank Leicester City Football Club. The adventure was amazing and will live with me forever.

“Thank you to all the journalists and the media who came with us and enjoyed reporting on the greatest story in football.

“My heartfelt thanks to everybody at the club, all the players, the staff, everybody who was there and was part of what we achieved – but mostly to the supporters.

“You took me into your hearts from day one and loved me. I love you too. No one can ever take away what we together have achieved.

“I hope you think about it and smile every day the way I always will. It was a time of wonderfulness and happiness that I will never forget. It’s been a pleasure and an honour to be a champion with all of you.”
at February 24, 2017
Email ThisBlogThis!Share to TwitterShare to FacebookShare to Pinterest