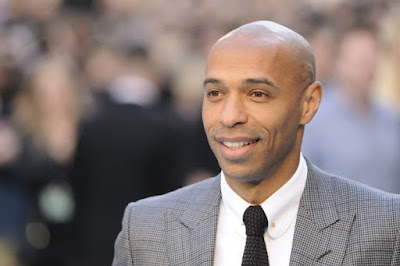 Former Arsenal captain, Thierry Henry, has encouraged Wayne Rooney to move to China, if that is what he wants to do when the season ends.

The Manchester United striker had been linked with a move away from Old Trafford, but on Thursday, he ended all speculations by confirming he will be staying.

Rooney is widely expected to move in the summer and Henry says the 31-year-old does not owe anyone anything.

“I would advise him to do what he wants to do – stop listening to everybody and be happy,” Henry told Sky Sports.

“You have been a great servant and if he wants to go to China, then go to China if that’s what is going to make you happy and your family happy.

“I know people say he is going there too early and should go back to Everton – but if he goes there and things are not going well they will say he should have gone to China.

“Be happy, you gave a lot to the game. You don’t owe anyone anything. You gave a lot not only to English football but football in general, so think about it with your family, your coach and your team and do what you have to do.

“We all have an opinion of where he should go, but let him choose and let him be him. I think he deserves that.”
at February 24, 2017
Email ThisBlogThis!Share to TwitterShare to FacebookShare to Pinterest