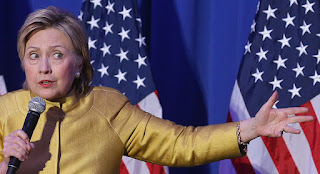 Reines and Clinton were joined in criticizing Flynn by Ben Rhodes, former deputy national security adviser for strategic communications under former President Barack Obama. Rhodes tweeted: "When campaign chairman and NSA both resign over Russia ties there is more. Manafort and Flynn had nothing in common except Russia and Trump."

Paul Manafort resigned as Donald Trump's campaign chairman in August after he was criticized for his past work lobbying for pro-Russian Ukrainian oligarchs.
at February 14, 2017
Email ThisBlogThis!Share to TwitterShare to FacebookShare to Pinterest