Senators in both parties have viewed an episode of "The Oprah Winfrey Show" in which President Donald Trump's Labor Secretary nominee Andrew Puzder's former wife leveled allegations of physical abuse against him, according to sources familiar with the matter. 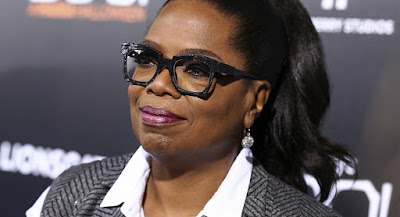 The decades-old video, which is not easily found, has been provided by the Oprah Winfrey Network, those sources said. The video has been provided to senators in a Capitol Hill office building, according to people who have seen it.

The episode is called "High-Class Battered Women," according to a source familiar with the matter. It aired in March, 1990.

"It was important for us to know all of the information about any candidate that comes before us," Murray said in an interview.

Last month POLITICO reported that Puzder's former wife, Lisa Fierstein, appeared in disguise on Oprah to discuss her abuse allegations, which she has since retracted, most recently in a letter to the Senate HELP Committee.

The HELP Committee asked OWN for all episodes about domestic violence between 1985 and 1990, OWN said in a written statement, and OWN turned over 20 “for the committee members to review in confidence.” OWN "did not provide copies or transcript of the episodes and has not provided information about the identities of anyone who appeared,” it said.

Susan Collins (R-Maine) has reviewed the episode, as well.

Collins is among at least four GOP senators undecided on Puzder, whose confirmation hearing has been scheduled for Thursday. Lisa Murkowski of Alaska, Johnny Isakson of Georgia and Tim Scott of South Carolina are also not decided on his nomination. All serve on the HELP Committee.

Puzder can only lose two GOP votes if all Democrats oppose his nomination on the Senate floor. It could take just one GOP defection to tag his nomination as "unfavorable" in a committee vote, though Senate Majority Leader Mitch McConnell could still bring the nomination to the floor.
at February 14, 2017
Email ThisBlogThis!Share to TwitterShare to FacebookShare to Pinterest