Popular media personalities Freeze and Kiibati Bankole have thrown all caution to the wind and are currently engaged in a social media battle on Instagram. 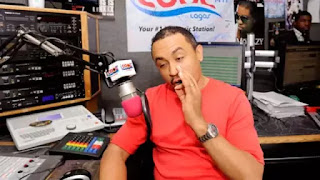 The war started when Freeze took to Instagram to call out Kiibati asking her to pay him for his services he rendered at the Merrybet Sports Challenge show that held last year.
Kiibati also took to Instagram to respond to Freeze’s claims saying she is disappointed in him for attacking her on social media but she refuses to be bullied. 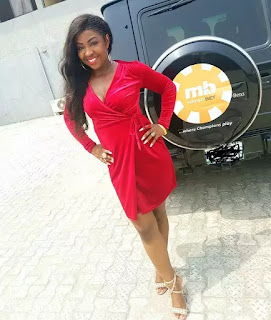 "Dear Mr. Freeze,
I have tried to steer clear of your endless attempts at cyber bullying and casting aspersions at my image, but your most recent rants have left me no choice but to respond to your allegations.

My friends know that unlike you, I do not engage in attention seeking stunts online or laundering my linen in public.
I am a very private person, with a very small but closely knit circle of friends.

I find your decision to take to social media to spout your allegations highly disappointing, considering your age (I assume you are close to 50 and are considered an ‘egbon’), and that you have both my phone numbers, know where my studio/office is and are in touch with many of our mutual colleagues in the broadcast industry.

Now, you made some allegations that are ridiculous and blatantly false:
The first was that I BEGGED you to ‘help me out’ by participating at my event- Celebrity FC on the 3rd of December.
Now that claim is ridiculous.
First of all, at the event, we had superstars like Olamide, (2Baba) Idibia, Awilo Longomba, Falz TheBahdGuy, Burna Boy, Peter of P Square, Humblesmith, just to name a few.

The event had over 30 of Nigeria’s most beloved celebrities come together in the name of the beautiful game- football, and no disrespect intended Sir, but you do not match up to any of those guys in name or stature.

I contacted you to ask you to help me invite your friend DJ Exclusive to the event, who we know is a staunch Manchester United fan and loved by many.

While bargaining with you on his appearance fee, you gave me the condition that I must invite you as well. We had no plans to invite you because you did not fit the profile of the calibre of celebrities we invite.

You however insisted and charged me the sum of N900,000 for you and DJ Exclusive to split. I found that odd, but felt I had no choice, since I really wanted Exclusive at the event.

Following our conversation on phone, I presented our discussion to my team, who expressed dissatisfaction and said they did not want you at the show, but Exclusive alone. They said you do not match up to the celebrities coming for the show and said we should instead invite your colleague Dotun who will attract the hip, young urban crowd in Lagos to the event.

I did not know how to tell you this as I did not want to hurt your feelings.
I told them about your offer to promote the event for free, which softened their stance a little, but did not totally convince them.

FYI, all the celebrities that came for the event were given official invitation letters/MOUs either physically or by email and were paid at least 2 or 3 months to the event, except for last minute additions.

You eventually told me that the management of Cool FM denied your request to run the promo of the event on your show, which left my team with no choice but to decide to dis-invite you, as they saw no justification for paying you to attend the event without getting any value from you.

According to them, no one will purchase a ticket to a concert to watch Freeze.
I thought this was harsh, and couldn’t figure out how to break the news to you, so I kept coming up with ways to buy time, hoping you would take the hint by my refusal to pick your calls atimes. But you eventually helped me out when you told my people a week to the show that DJ Exclusive was pulling out.

This came as a bit of relief to us and my team told you not to bother to come anymore as Exclusive was supposed to be your partner at the show.

After my team asked you not to come, you began to harass and stalk my phone, calling me endlessly, but I couldn’t pick your calls and asked my managers to speak with you. I couldn’t pick your calls because I was the host of the show and had to focus on rehearsing for the event with my co-host Seyilaw. I was losing my voice and my team insisted that I stay off the phone to save my voice and energy.

So, you were told not to come for the show, but imagine my shock when on the day of the event, I came down to the celebrity lounge backstage and saw you.

You came along to the event with an actor we hadn’t invited. You were drinking all kinds of Spirits began harassing the stage manager to let you go on stage and play.

The stage manager concluded by your harassment that you were just being a passionate football fan and eventually let you go on stage to play with the celebrity friend you brought to the event.

At no point did I ‘contract’ you to be at the show as you have widely claimed, unless the word ‘contract’ has taken on a different meaning.

The second false claim you made was that you tried to call me for a month and I wasn’t picking your calls.
This Sir is a blatant lie (or ‘alternative fact’ as Kellyanne Conway would say), as I travelled out of the country soon after the event and was away in Dubai for the Christmas and New year holidays and my phones were unreachable.

My instagram posts in this period confirm this.
I took the break to recuperate after the event and regain my mental and physical strength.
I was away for over 3 weeks, so you couldn’t have been calling me all this while, as you claim.

As soon as I landed after my trip, you began to call my phone. You called me two or three times, and I didn’t pick your calls because I was still settling down, following my trip; but imagine my surprise when two days later you took to instagram to attack me.

You did not send me a single text, email, direct message on Twitter or Instagram or reach out to me via members of my team but instead chose the cowardly way out with your subtle blackmail and cyber bullying.

I understand that there is a recession in Nigeria at the moment and you may have been broke and desperate for some cash, but as a friend, I would have helped you with some cash if you had just done the decent thing by reaching out to me via text or by being patient for me to return your calls, which I would have after I settled down from my trip.

This, as you know, was not my first time dealing with you. I have paid you a lot of cash in the past for different promos on Cool FM. You can recall that I paid you N300,000 regularly sometime in 2015 to promote some kid artists on your show. I can tender my account statements as proof of this.

Your social media antics however, are a declaration of war and put an end to any attempt at friendship with you.
Please Sir, stop your cowardly attempts at cyber bullying me or harassing my clients Merrybet- the most reputable sports betting firm in Nigeria and address your alleged grievances via the appropriate legal channels.

I don’t want to believe that you cannot afford a lawyer Sir.
Please stop your cowardly attacks and take up whatever issues you believe you have against me in court or with the appropriate authorities and desist from your public attacks.
Thank you." 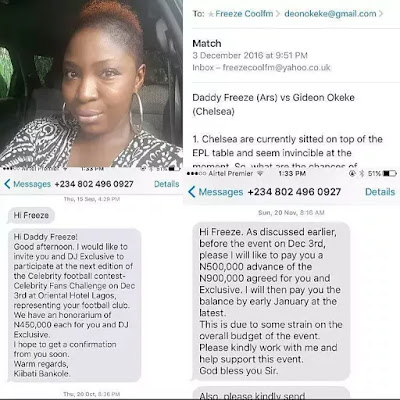 However, Freeze has also come out to respond to Kiibati. Insisting that not only did she beg him to come for the show, he also has appropriate evidence to show.

"How come you were begging me to confirm that I would work with you and still begging me, less than two weeks to the event, to bear with you as you will pay N500k, which you never did, and you never called or texted me to cancel off my appearance?

You obviously have been doing this for a while so it’s in your DNA, do you know how many people I have met randomly, who told me that this very typical of you?

The last time I did business with you, it took almost a year to get my complete payment. But like they say that one na story for the gods.

Obviously, you are not very versed when it comes to contracts, if perhaps you were, you won’t make unintelligent statements like “the stage manager concluded by your harassment that you were just being a passionate football fan and eventually let you go on stage with the celebrity friend you brought to the event”.

If the stage manager just put me on stage as you claim in your ‘body of lies’, how come there is an email from you, involving the other party and I, just before we went on stage, with the ‘orijo’ of the questions we would be asked?

We had a contractual agreement, I could be sued for not showing up, and you will be, for not paying me, as there is no history of you at anytime calling off our agreement, verbally or through phone calls, texts or emails.
This would serve as a deterrent not just to you, but all other OAPs and celebrities.

If you choose for any reason, not to honour a contract, there are ways to go about it. You can’t just decide not to show up, or not to pay for services, coming up with dodgy excuses and lies.
Kiibati, I’m not broke, this has nothing to do with money, it’s the flaws in your character that I am bringing to light. ~FRZ.
Attached are copies of our correspondence, up until the day of the event, via email and text messages.
P.S. Kiibati, I noticed at a point, that you were trying to wriggle your way into the coolwazobiainfo sports team, after a while you were told to stop coming, does this have anything to do with this your ‘character’?"
Still not done, Kiibati responded that yes she acknowledged all the evidence that Freeze presented. But since he wasn’t paid, that is enough for him to know that his services were not needed.

“Dear Mr. Freeze,
As I said in my posts earlier, you were disinvited from the show a week to the event after DJ Exclusive pulled out.
I acknowledged that I sent you a text to show the original offer to Exclusive.
I also acknowledged that I applied different delaying antics to avoid hurting your feeling, hoping you would take the hint.
If you were offered 500k upfront and weren’t paid, why show up for the event, if not out of desperation.
You were accorded all respect as an ‘egbon’ and my text expressed that.


As I said earlier, I am not interested in your cyber bullying antics or back and forth banter with you.
at February 18, 2017
Email ThisBlogThis!Share to TwitterShare to FacebookShare to Pinterest