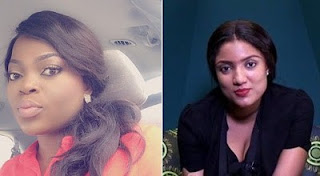 Jenifa Diary actress, Funke Akindele this morning mocked Big Brother Naija Housemate, Gifty for claiming she doesn’t know Banky W and Falz. Recall, Both artistes had paid a visit to the Big Brother House in South Africa this week and Gifty claimed not to know them any of them. Recall also she said Banky W is fake and proud. 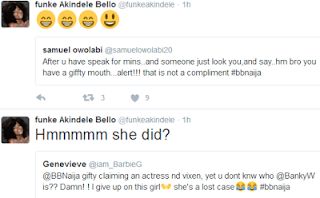 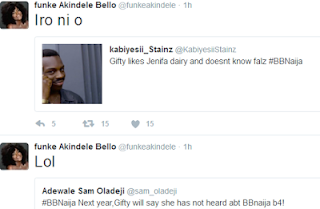 at February 18, 2017
Email ThisBlogThis!Share to TwitterShare to FacebookShare to Pinterest