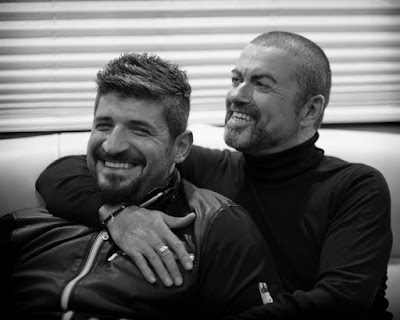 The legendary singer suffered a dilated cardiomyopathy with myocarditis and fatty liver, according to the senior coroner for Oxfordshire, Darren Salter.

A statement from the coroner reads, “Enquires into the death of George Michael have been concluded and the final post mortem report received. As there is a confirmed natural cause of death, being Dilated Cardiomyopathy with Myocarditis and Fatty Liver, the investigation is being discontinued and there is no need for an inquest or any further enquiries. No further updates will be provided and the family requests the media and public respect their privacy.”

Dilated cardiomyopathy is a disease of the heart, when the left ventricle stretches and fails to effectively pump blood, according to the Mayo Clinic. As the muscle becomes weaker, heart failure can occur. Meanwhile, myocarditis is an inflammation of the heart usually caused by a viral infection.

Fatty liver disease is the buildup of fat in the liver, most commonly caused by alcoholism. However, the disease can also happen in people who are not heavy drinkers, according to Mayo Clinic. Other common causes of fatty liver include obesity and diabetes.

Michael’s boyfriend Fadi Fawaz took to Twitter soon after the news broke, sharing a smiling photo of the couple.

“The Truth is out…” he captioned the black and white image.

He later responded to tabloid rumors surrounding Michael’s death by saying, “All the nasty comments, press and 999 were very cruel and unnecessary whatsoever, Now I hope to receive some real LOVE x.”

“The investigation into the circumstances of the death has now concluded and a file was passed to the Coroner. As the cause of death was natural, no further action is proposed or required,” authorities wrote on Facebook. “No further updates will be provided and the family requests the media and public respect their privacy.”

The initial autopsy, completed on Dec. 30, was revealed to be “inconclusive” in a statement released by the Thames Valley police.

“The cause of death is inconclusive and further tests will now be carried out,” the statement read. “The results of the tests are unlikely to be known for several weeks.”

“Mr. Michael’s death is still being treated as unexplained but not suspicious,” police added at the time.

While the tests appeared to take a considerable amount of time, a spokesperson for the coroner’s court previously told PEOPLE that this is not unusual—as toxicology tests vary from individual to individual, some tests proceed much faster than others.

Authorities responded to a property in Goring in Oxfordshire about 1:45 p.m. and investigators said there were no suspicious circumstances surrounding Michael’s death, according to the BBC.

Despite a claim from Michael’s childhood friend Andros Georgiou that “hard drugs had been back in his life,” the singer’s death had long been categorized as “unexplained but not suspicious.”

Michael suffered many health issues in recent years, though. In November 2011, the “Careless Whisper” singer was hospitalized for pneumonia. One year earlier, he was involved in a car accident and arrested for driving under the influence of marijuana.

Michael sold 100 million albums worldwide during his nearly 40 years in the spotlight, and has won a slew of awards. However, the star also fell on difficult times with multiple arrests as well as battles with depression and drug use.


at March 07, 2017
Email ThisBlogThis!Share to TwitterShare to FacebookShare to Pinterest