I lost my fiance 2 months to our wedding, fell in love with our bestman‎ – Allwell ademola

Nigerian renowned actress, filmmaker, director and musician, Allwell ademola has disclosed how she lost her husband-to-be within 2 months to their wedding. 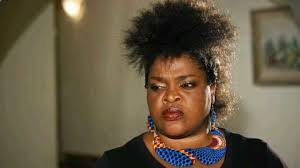 According to her, thereafter, she started a new relationship with the man who would have been their bestman.

She revealed that the relationship with her husband’s friend did not last more than 8 months.

Ademola was speaking in an interview with the Vanguard, where she explained why she was yet single.
She said, “I would have been married some years back, I lost my man two months to our wedding.

“He was shot by armed robbers and I mourned him for two years. After then, I went into another relationship with my best friend who was supposed to be our best man.

“[He was my friend and he later became my man’s friend.] I later realised I didn’t know him well enough after we dated for eight months.

“That was another heart break. Having suffered two heartbreaks , I decided to take it easy and fell in love with my job. For now, I am fine without a man.”

When asked how her sex life has been since she was not in a relationship, she said she has been so busy to think about sex.


“Even when I was in a relationship, I forget about sex when I am very busy. However, because I am human and the urge comes, what I do is call some friends and we hang out together.

“Thank God, there is also sex toy. Sex toy will not break one’s heart or impregnate one. But that doesn’t mean that I use sex toy, I am telling you the options available.”
at March 01, 2017
Email ThisBlogThis!Share to TwitterShare to FacebookShare to Pinterest