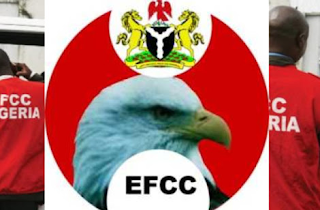 “Upon receipt of the intelligence, a team of operatives from the Kano Zonal Office were deployed to carry out the investigation,” EFCC said.

Two men – Dantala Mohammed and Ahmed Balarabe – who were discovered to be the custodians of the property, were arrested.

“The vehicles and the two individuals, who are now suspects, in the investigation were conveyed to the Commission’s zonal offices in Kaduna and Kano respectively…
at February 22, 2017
Email ThisBlogThis!Share to TwitterShare to FacebookShare to Pinterest