unmen have abducted Peter Breunij, a German professor of archaeology, and Johannes Buringer, his colleague, at Jenjela village in Kagarko local government area of Kaduna state. 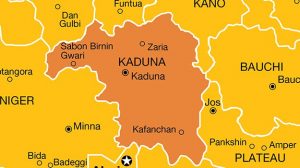 Kagarko, which shares a boundary with federal capital territory (FCT), has recorded different cases of kidnapping along the area in recent times.

Breunij is said to be the leader of a four-man team from the University of Frankfurt, Germany, working in collaboration ‎with the National Commission for Museum and Monuments and other institutions on the relics of Nok culture in Nigeria.

A witness said the kidnappers left two ladies who were with the victims during the time of their abduction.

A witness, who was part of the team working with Germans, narrated how the incident happened.

“They started coming one by one, the first two came with machetes, then others came with heavy guns,” he said.

“There were many…
at February 22, 2017
Email ThisBlogThis!Share to TwitterShare to FacebookShare to Pinterest