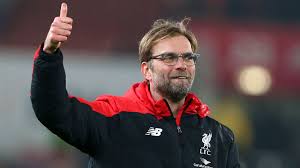 Liverpool Manager, Jurgen Klopp has said it was a “strange decision” for Leicester City to sack Claudio Ranieri.

He compared the sack to other major world events in recent months.

Ranieri was shown the exit door by Leicester on Thursday night, just nine months after guiding the club to their first Premier League title win.

Liverpool travel to the King Power Stadium on Monday, with assistant manager Craig Shakespeare and first-team coach Mike Stowell taking charge of the Foxes until a new manager is appointed.

Klopp told news conference on Friday, “I heard about it yesterday night.

“Am I surprised that things like this can happen? No. It’s not only football, eh? For me, there’s been a few strange decisions in 16-17: Brexit, [Donald] Trump, Ranieri…

“He is a really special person in this business, a really nice guy, I have to say. I met him before when he visited me at [Borussia] Dortmund and we had a nice talk there. He’s wonderful. I don’t know enough though so maybe you should go to Leicester’s press conference and ask them why they did it.

“After this press conference, we will have our opposition meeting, so we will see how our scouts react on this. [First] game without Ranieri, I don’t think they will change it, I am not sure. Probably the two assistants will [take charge], so that’s not a change, it’s only a little different situation.

“Of course, probably the players have to show a few things and they want to — and our job is to not let them, that’s difficult enough. Things I can’t have influence on, I cannot really think about. If we play our best, we will be difficult to play against whoever, and that’s the thing we think about.”
at February 24, 2017
Email ThisBlogThis!Share to TwitterShare to FacebookShare to Pinterest