Kanye West, an American rapper has filed legal documents for his own line of makeup’ that will compete with sister-in-law Kylie Jenner’s Lip Kits. 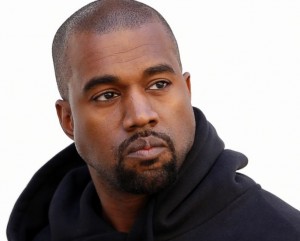 West, a 21 Grammy awards winner, is married to reality star Kim Kardashian, Jenner’s half-sister and already has a successful music career and fashion with his Yeezy line.

According to a Thursday report from TMZ, the Paranoid singer has ‘’filed legal docs declaring his intention to produce DONDA brand makeup, perfumes, lotions and other cosmetics.’’

Donda is the name of West’s mother who passed away in 2007, the day after receiving multiple cosmetic surgeries.

The rapper’s move could be seen as bringing on competition for Jenner, 19, who has become a massive success in the family with the launch of her makeup line, Lip Kits which has made a fortune.

In October, Money Nation, a Web site that describes itself as a personal finance resource, estimates that Jenner has made 8.7 million dollar from branded merchandise. Jenner recently branched out with her line of eye shadow.

But because Jenner is still a teenager, she may be safe in her younger demographic while West aims at a higher age group. His wife Kim, 36, has also dabbled in the makeup business with sisters Khloe and Kourtney.

They launched Khroma several years ago which then turned into Kardashian Beauty. Kanye in 2016, was hospitalised as a result of a ‘nervous breakdown’.


at February 23, 2017
Email ThisBlogThis!Share to TwitterShare to FacebookShare to Pinterest