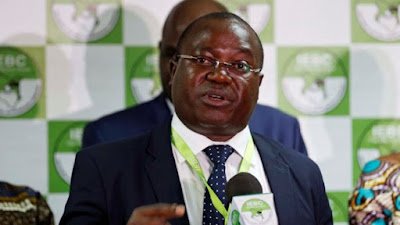 The Kenyan election official whose body was found earlier this week had been severely tortured and strangled to death, an autopsy has found.

Chris Msando had deep scratches and cuts on his back and hands, the chief government pathologist said.

Mr Msando was in charge of Kenya's computerised voting system for next Tuesday's presidential elections.

His body was discovered next to the corpse of a woman in a forest on the outskirts of Nairobi at the weekend.

"There was no doubt that he was tortured and murdered," Wafula Chebukati, chair of the Independent Electoral and Boundaries Commission (IEBC), said on Wednesday.


An autopsy on the body of the woman found alongside Mr Msando, thought to be that of his companion Carol Ngumbu, will take place on Thursday.

In a joint statement, the United States and the United Kingdom said they were "gravely concerned" by the murder, calling for "free, fair, credible and peaceful elections" in Kenya.

The two countries also offered assistance in the investigation. Mr Msando's family urged the Kenyan government to accept the offer in order to "conclude the matter with urgency".

"We are deeply devastated at the tragic loss," the family said in a statement.

"Chris Msando was a loving family man, who cherished and adored his wife and children."

The family also asked social media users to be mindful of what they post, saying: "A lot of the information out there is false and meant to injure and paint the family in a bad light."

By: BBC News
at August 03, 2017
Email ThisBlogThis!Share to TwitterShare to FacebookShare to Pinterest